Paracetamol as an anti-emetic

Now that children have returned to school you may have notice something new in your consulting room: the smell of stale vomit.  I think that I have a fairly protected professional life but puke is not one of those things that I mention when extolling the virtues of my (eventually) chosen career.  As winter approaches, the number of children with viral gastritis and gastroenteritis will go up and up until one day before Christmas, I will have a loved one ask me to shower before supper so that I can be in polite company.

Perhaps there is one good thing to come out of all this though.  I think that all these vomiting children have taught me something that not everyone else knows: For the child with viral vomiting who will not drink, paracetamol is an accidental anti-emetic.  (I am also fairly sure that there is no medical evidence for it, having done a literature search.) 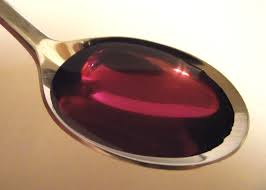 Anti-emetics are traditionally avoided in  viral vomiting due to the possibility of side effects which might complicate what should be a self-limiting illness.  In the UK, most children with viral gastritis/ gastroenteritis do not become significantly unwell. However it is unpleasant and occasionally causes a child to become severely unwell.

I know that I can’t prove my belief but I can tell you this: I frequently see children who seem unwilling to drink and incapable of appropriate onwards gastric peristalsis (AOGP, as well as a new acronym, happens to be the sound made just before an almighty puke).   Parents bring their children in the hope that we will help.  These children seem beyond simple measures and yet almost without fail, an hour after a dose of paracetamol they are drinking, soon to be followed by appropriate discharge.

Why haven’t they been give paracetamol already?  That’s easy.  It is counter-intuitive to give slimy medicine to a child who vomits every few minutes.  It stand to reason that it will come straight back or precipitate a puke.  The child may not be febrile and even if they are it seems a waste of good medicine.

When I sit down to write these posts, I enjoy the fact that FOAMed allows the writer to be free of the normal constraints of traditional forms of publications.  I am keen, however to make sure that I don’t write anything that is dangerous or wrong.  As mentioned above, I really did do a literature search on this.  You may have noticed that I never sport a serious disclaimer.  This is for two reasons.  Firstly, a disclaimer is no defence against wrongness.  Secondly a lack of a disclaimer is no excuse for you to go and jump off a bridge just because I said so.  We have an understanding, you and I.  I will make this as good as I can make it and you will be professional, question my advice and apply what you get from it in the context of everything else that you know about clinical medicine.  That said, paracetamol really is an anti-emetic when a child has viral gastritis.

In the absence of a randomised controlled trail (that will probably never be done) one needs a plausible explanation for one's claim.  It works like this: When you feel unwell and have abdominal pain you do not want to drink.  Pain and malaise are both emetic in their own right.  Paracetamol reduces pain and feelings of malaise, helping a child to vomit less and drink more.

There are two caveats with this.  Firstly, I would be against giving repeated doses paracetamol too readily to a child who is dehydrated.  Secondly, remember that many paracetamol suspensions contain sugar substitutes which are hyper-osmolar.  Sugar is preferable in vomiting children since they need to energy and don’t need the diarrhoea that can be made worse by sugar free suspensions.

I know that just because it makes sense doesn't mean it is true, nor does an observed association prove causation. (1)  In this case I have been convinced of an association because it seems to work and it makes sense.  If that’s good enough for you, then great.   There are plenty more like this to come in future posts.

Edward Snelson
Statistical Sceptic when it suits me
@sailordoctor

Disclaimer: Were you even paying attention?  I covered this.

How special is your patient? (recognising the unwell child with a difference)

The previous GPpaedsTips was all about deciding when a child does not have sepsis. The hierarchy of evidence was put forward as a model for determining what information is most helpful in this process.  Those of you who take the time to read the terms and conditions will have noticed the "this rule does not always apply" clause.


The reason that the rules do usually apply is that the majority of children are unlikely to have a serious infection (one that has a reasonable chance of causing morbidity or mortality).  Also, they will usually have some sort of red flag to alert the clinician to serious infection when they are really unwell. 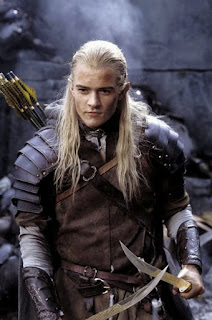 Fig 2 - Legolas from the Lord of the Rings
As explained to me by my daughter, a 'Special'  in a book or film is a character that can only really be taken on by another 'Special'.  Hundreds of unnamed characters might try to kill them without any hope of success.

Contrary to what parents think, most children are not special, at least not in this context.  Most children are predictably ordinary.  They probably have a viral upper respiratory tract infection and if they are developing a more significant infection they will have the courtesy to look and behave as though they are unwell.  Hopefully they will do so enough to convince a clinician that this is the wrong time to assume that the red throat is all the explanation that is needed for the fever. 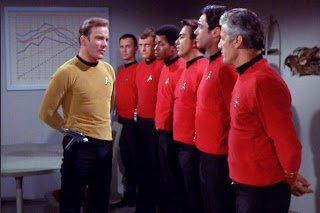 Fig 3 -  In the Star Trek universe, 'Red Shirts' were never special and had a tendency to be killed off each episode.

So, how do you know when you have a special patient?  You know because they come with labels such as:
Neonates (or to be honest, all sprogs under 3 months old) are the biggest group of specials in primary care.  Due to their maternally donated immunity, new-born babies tend to have a few months free of common viral infections.  When infection does occur, the likelihood of bacterial infection and sepsis is therefore much greater. In addition to this they are to give clear signs of illness.  More often the indicators are vague and come in the form of a subtle change in behaviour such as sleeping excessively or feeding poorly.

Children are rarely immunosuppressed but it is increasingly common for a child to be treated with immunosuppressant medication if they suffer from any chronic autoimmune condition.  Ideally these families have direct access to specialist advice when their child becomes even slightly unwell.

Thankfully and despite parental concerns, congenital immunodeficiency is very rare in children.  Having frequent self-limiting viral illnesses is normal as long as the child is otherwise thriving and developing normally.  When a child does have a congenital problem with their immune system they are usually prone to rapid deterioration into serious infections.  One of the best ways of establishing a child’s tendency to do this is to ask what has previously happened in similar circumstances.

If the child has a neurological or muscular disorder they may not be able to look unwell in a way that you will easily recognise.  If in doubt, ask the parents.

Which brings me onto my surprise witness: the child with chickenpox.  Large numbers of children with varicella are seen in primary care every minute of every day.  The vast majority have a self-limiting illness which causes more annoyance than unwellness.  A small proportion of children with chickenpox get secondary infection.  The danger is that someone will assume that this is caused by the logical staph aureus and prescribe flucloxacillin.  In fact Streptococcal infection is the greater risk and infection may be invasive and severe.  Any child who has chickenpox and goes onto be unwell (especially when this occurs late in the usual 7 day course of the illness) has to be presumed to have streptococcal sepsis.

The bottom line is that special children must be treated in special ways.  They are dangerous patients for the unwary clinician.  I have listed the groups that I think might come your way but there will be others. 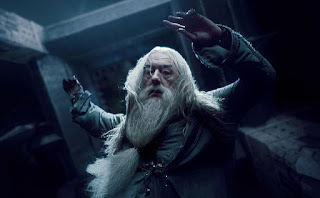 Fig 4 - Dumbledore could only be taken on by other special characters.  Special children need special doctors when they are unwell.

What does special treatment look like?  It does not comprise giving them all amoxicillin “just to be on the safe side.”  It is useful to go into more detail about past illness in the history and be extra thorough when examining.  It might involve a discussion with a specialist and often requires referral.  Just like in the movies, a special character needs another special character to take them on.  I, like you, am a generalist.  I don’t fancy my chances if I start to free-style the management of a special patient so I phone a friend so that I survive another episode.

The TPR paradox - how do I know if a child might have sepsis?